Recognized for his eloquently expressive depth of interpretation and seamless technique,  Concert Pianist Jason Sia, has reached audiences with his emotionally rich performances.  Described by the Georgetown Gazette and Placerville’s Mountain Democrat Newspaper as “the brilliant Sacramento pianist with flawless technique that mesmerized and entranced a rapt audience with his graceful, powerful, beautifully fluid, resplendent, and emotionally filled performance."  Mr. Sia's performance was expressive and flowing with a deep tone and continuity of  melodic line.  I look forward to more of his concerts in the future."  by the New York Piano Group, and "played with limpid touch and touching repose, and won his audience with his sensitivity, earnest tenderness, genuine, passion, and commitment." by Eduard Laurel, Professor at New York University and The Juilliard School.

Mr. Sia is the pianist for the Sacramento Valley Concert Choir.  He has received the prestigious California Legislature Assembly Resolution in May of 2019 for his 15 years of pianistic and artistic contribution to the choir and the community.   As an avid chamber music artist and a collaborative pianist, he frequently plays with musicians from the Sacramento Philharmonic, Auburn Symphony, Folsom Lake Symphony, CSUS Symphony, and the Camellia Symphony Orchestra.   He also often collaborates with opera singers from the Sacramento Opera and Sacramento State University Opera Theater.  Opera singers he performed with were winners of the Western regions at the Metropolitan Opera Competition.  Mr. Sia is a well-respected collaborative pianist and accompanist for instrumentals and singers at masterclasses, auditions, competitions, and recitals.

As a music educator, Mr. Sia has served as an adjudicator for several piano competitions and his students has been winners of prestigious national and international piano competitions and has performed at Carnegie Hall and in Europe.  He is a member of the Royal Conservatory Music Development Program (RCMDP), the Music Teachers’ Association of California (MTAC), the California Association of Professional Music Teachers (CAPMT), the Music Teachers’ National Association (MTNA), the National Guild of Piano Teachers, and the American College of Musicians.

Mr. Sia started his piano studies at the age of 6 and received his formal musical education at the San Francisco Conservatory of Music, and at the Aspen Music School and Festival in Colorado. He earned his Bachelor and Master Degrees in Piano Performance at California State University, Sacramento, under the tutelage of Dr. Gene Savage and Dr. Lorna Peters, graduating cum laude. He has performed at Carnegie Hall and master classes for internationally renowned concert pianists and celebrated pedagogues such as Louis Lortie, Gilbert Kalish, Minuro Nojima, Thomas Schumacher, Leon Fleisher, Gabriel Chodos, John McCarthy, and Olivier Cazal.  Abroad, he has attended summer piano festivals and performed at master classes and recitals at such places as the Colmar International Music Festival in France, at the Hong Kong Academy of Performing Arts, the Korean National University of Arts, and the University of the Philippine Conservatory of Music.  He was the Grand Prix winner of the Grand  Prize Virtuoso International Piano Competition and was invited to perform at the Mozarteum in Salzburg and Concertgebouw in Amsterdam.

At California State University in Sacramento, Mr. Sia was immediately selected to join the International Music Honor Society of Phi Kappa Lambda, the Academic Honor Society of Phi Kappa Phi, the Golden Key International Honour Society for academic excellence, and the Mu Phi Epsilon International Professional Music Fraternity for his pianist accomplishments.  He was a recipient for the talent-based music scholarship each semester through his graduation, and also received the distinguished CSUS Faculty Merit Scholarship Award in 1996 for  his academic achievement. Mr. Sia’s avid enthusiasm for avant- garde music was recognized by becoming a three-time winner of the Festival of New American Music (FENAM) Artist Competition. 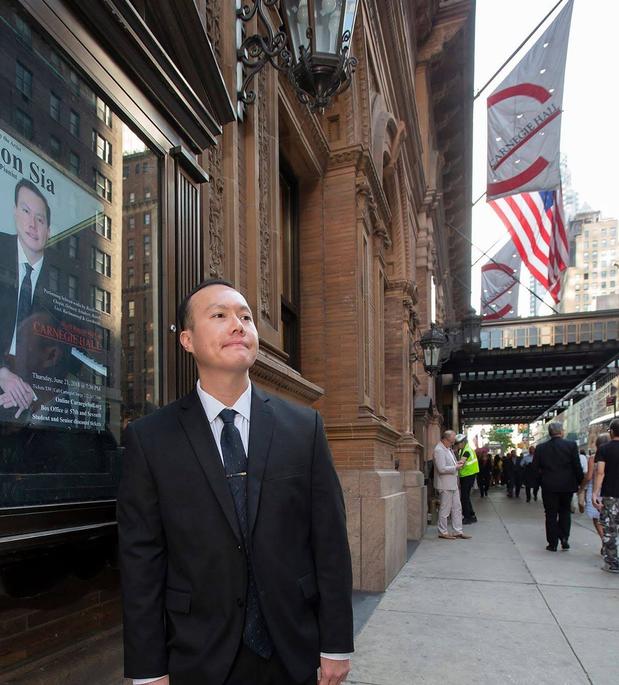 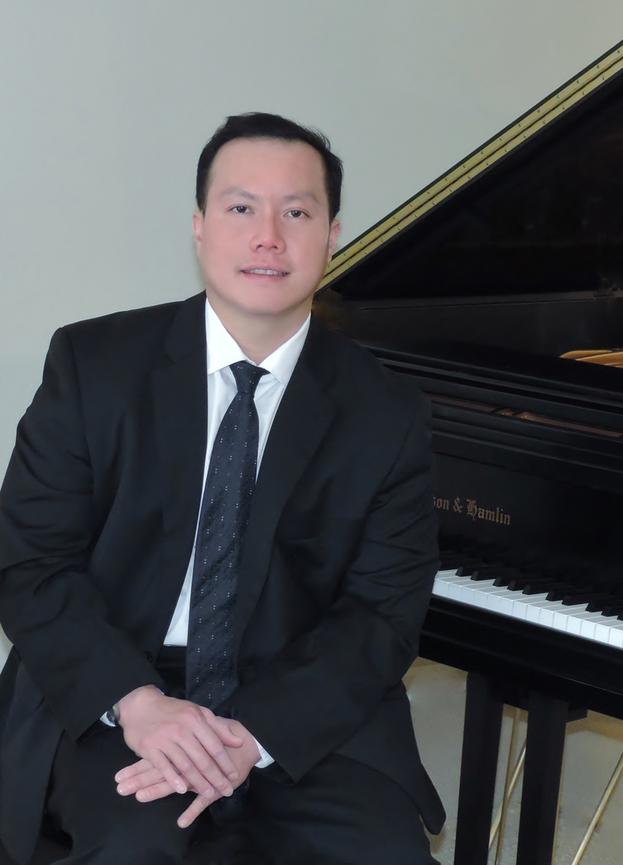